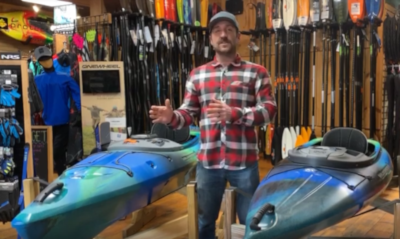 What's with the NEW REDESIGNED PUNGO 120??

The second Zen is a great river runner which also does quite well creeking. It has been out for a while, but it is still a sweet-spot boat for many paddlers who want a consistent and dependable ride, but aren't looking for something too hardcore.

After 5 years of testing every new whitewater kayak as it comes out, Alex shares his thoughts about the Pyranha 9R