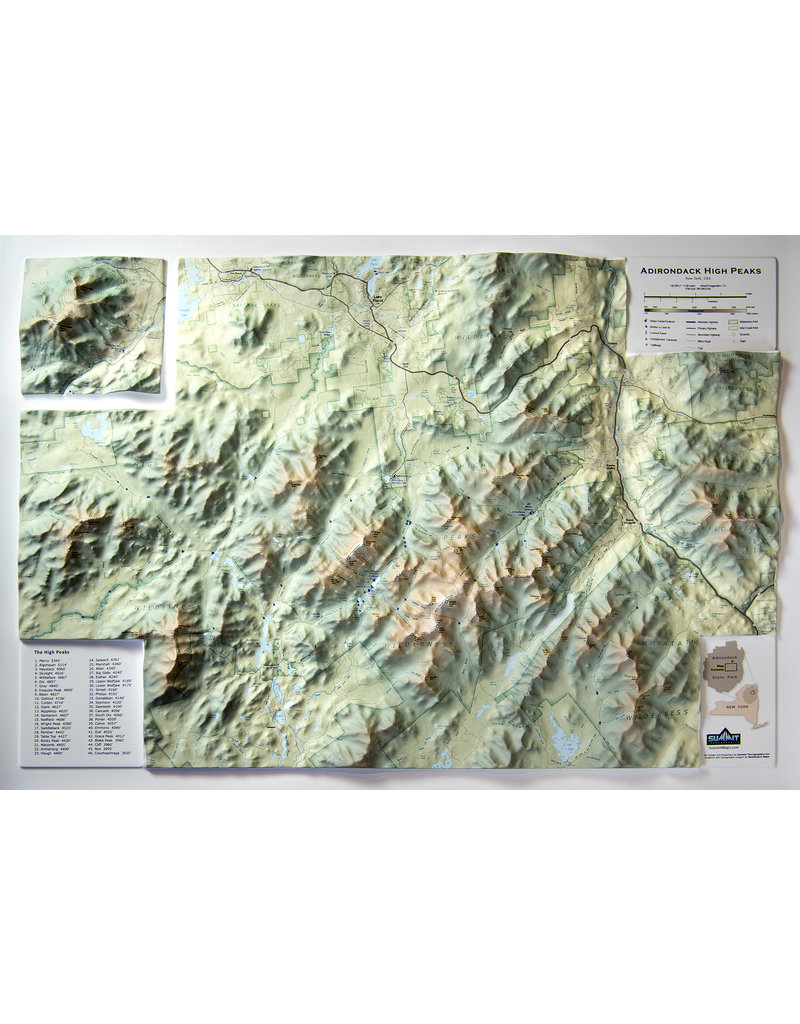 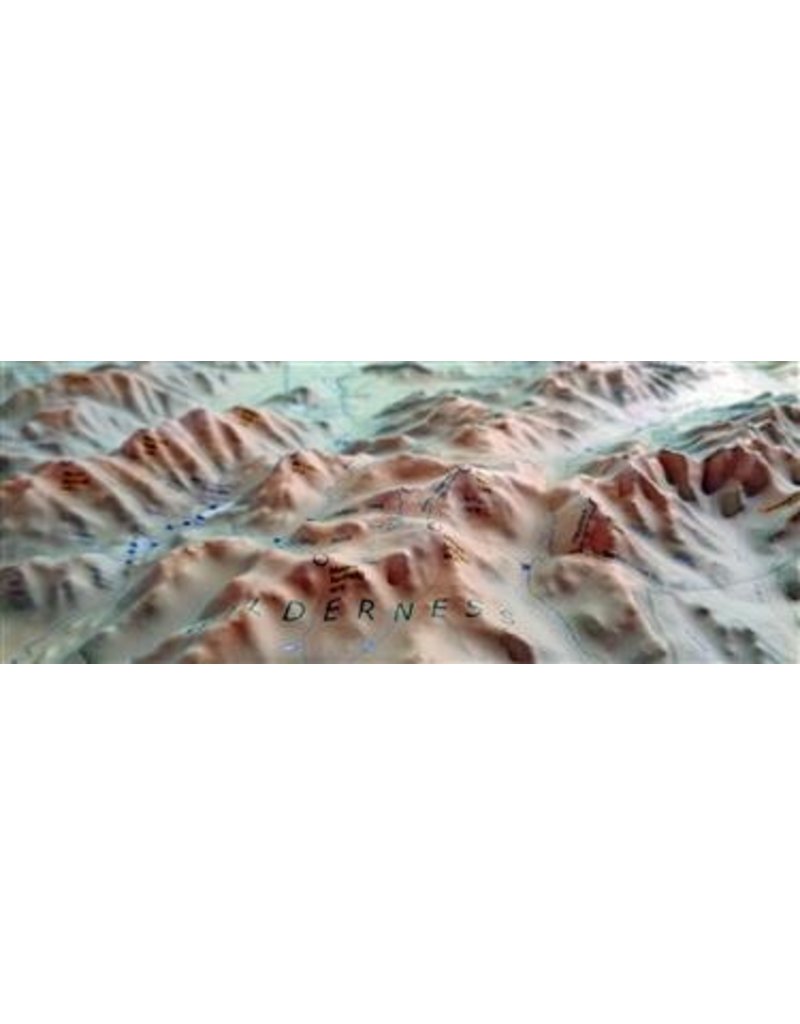 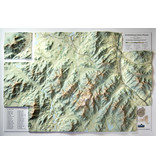 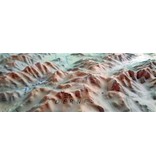 *Due to high chance of damage during shipping, this map is only available for in store pick up. They are in stock at both of our Saratoga Broadway and Old Forge Gear Shop locations. *

Created in response to many requests we received from hikers and peak baggers, this raised-relief wall map focuses specifically on the Adirondack Mountains’ high peaks -- the ADK 46ers. As with the popular White Mountains map, this one identifies the location and height of each 46er, along with some smaller peaks, trails, shelters, trailheads, campsites, roads, rivers/streams, ponds, and other useful information. It’s available unframed.

“Do you have trouble visualizing the terrain shown on topo maps? Do contour lines mystify you? Summit Terragraphics may have just the thing for you.

The West Virginia company has made a raised-relief map that does an impressive job of showing the topography of the High Peaks.

You won’t be able to carry it in your pack, but it would look great on a wall.”

The 3-D map enables you to see at a glance the relative heights of all the peaks in the region, tall and small, and the shape of the landscape. For example, I was struck by how gentle the Van Hoevenberg Trail up Mount Marcy appears compared with, say, the trail up Phelps Mountain.

The map labels all the major peaks, lakes, ponds, rivers, streams, roads, and hamlets, among other landmarks. It shows all the trails in the region, including the herd paths on some of the High Peaks, as well as lean-tos.

Wilderness Areas are also labeled and shown in dark green, except in the higher elevations the green fades to light brown. The Wilderness Areas have clear boundaries. All other land, public or private, is light green. Wild Forest Areas within this land are labeled and demarcated by borders. Waterways are light blue. Lean-tos and other landmarks are dark blue.

The map includes an inset for Whiteface Mountain and Esther Mountain, which are located some distance from the rest of the High Peaks. In the bottom left corner of the map, all forty-six of the High Peaks are listed in order of height. Their heights as listed agree with those in the Adirondack Mountain Club’s High Peaks guidebook, with one exception: Mount Skylight’s height is given as 4,926 feet on the map and 4,924 feet in the book. (The USGS map for the Mount Marcy quadrangle gives Skylight’s height as 1,501 meters, which translates to 4,924.5 feet.)

Perusing the map, I noticed some minor mistakes. The cartographers get the spelling of Mount Van Hoevenberg right, but Hoevenberg is misspelled as Hovenberg on the hiking trail. Also, the Mr. Van Ski Trail is mislabeled as the Mt. Vans Ski Trail. Duck Hole is shown as it was before its dam was breached during Irene in 2011, draining most of the pond. There may be other small errors, but they spelled Couchsachraga correctly, so all is forgiven.” 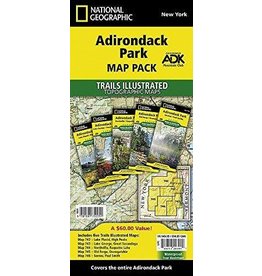 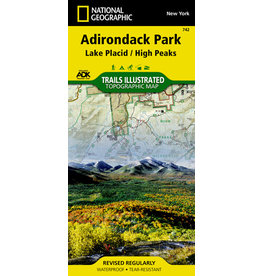 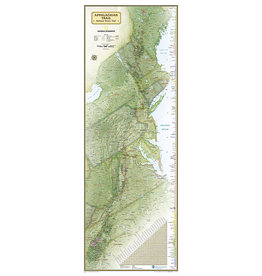