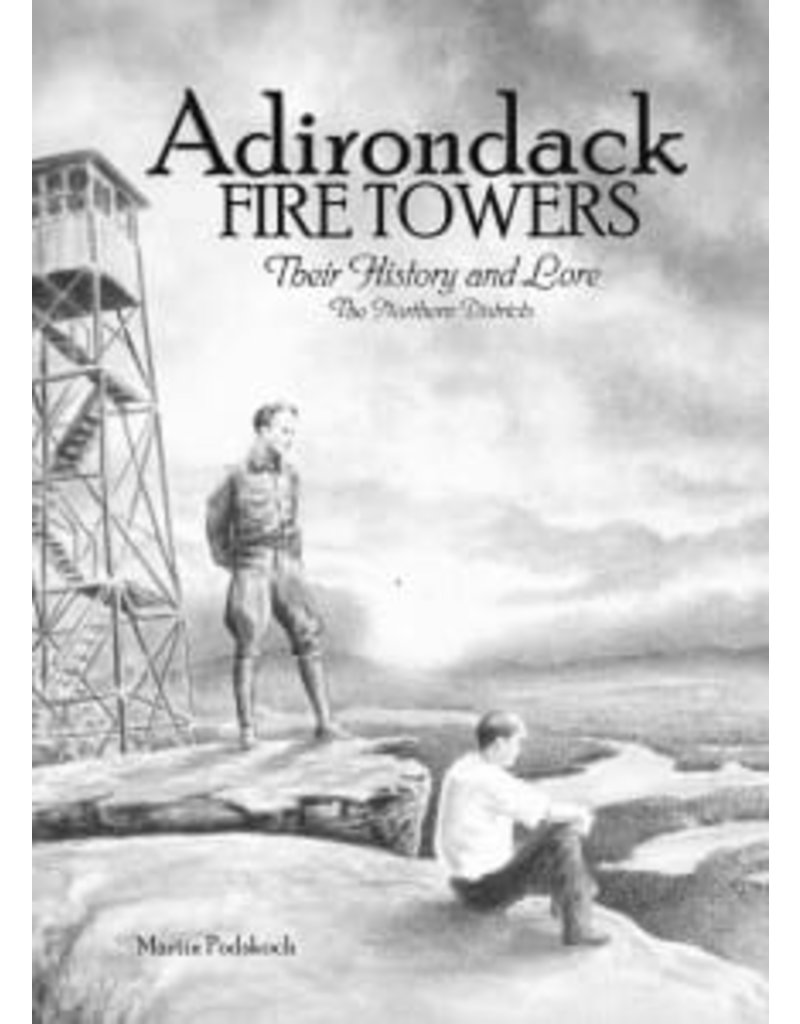 For most of the 20th century, tourists saw fire towers as good destinations for hikes with the kids, while to residents they meant jobs with decent pay for a few months of relatively easy work. Both also saw the towers as an early-warning system against the fires they knew could ravage the forests, as had happened early in the 1900s.

But as the century wore down, it proved more efficient and economical to scout for fires from the air. To the dismay of many, the towers were closed, one after another, and abandoned or dismantled.

Partly because we value symbols more when they’re gone than when they’re among us and thus seem immutable, the towers have been getting a lot of press lately, as citizen groups throughout the Adirondacks endeavor to rescue them from the inroads of time and weather and from, as they see it, malicious bureaucrats. Many have been saved from demolition, then restored and reopened to hikers who can once again enjoy those fabulous views—though the towers no longer serve a fire-prevention mission. Nowadays the occupant of the cab may be an earnest volunteer armed with interpretive pamphlets and souvenirs rather than a taciturn guy (or, very rarely, a woman) in a darkgreen uniform who, once prompted, could name every summit and lake in sight.

In the midst of this renaissance, Purple Mountain Press has released the second of Martin Podskoch’s books on the Adirondacks’ mountaintop structures. Adirondack Fire Towers: Their History and Lore, the Northern Districts follows his 2004 book that treated the southern segments of the Park. This one also follows its predecessor in organization, content and style in looking at the 26 towers that punctuate St. Lawrence, Franklin, Clinton and Essex counties like giant steel exclamation marks. They include those on popular summits such as St. Regis and Hurricane mountains, as well as less well-known towers, such as those on Palmer Hill near Ausable Forks and Meenahga near Rainbow Lake, the latter erected on land that was and remains private (a onetime owner was the championswimmer- turned-actor Buster Crabbe). Pharaoh Mountain, west of Ticonderoga, is the southernmost star in this galaxy; other recognizable ones—perhaps you’ve visited some yourself—are Poke-O-Moonshine, Vanderwhacker, Whiteface (yes, there was a tower up there, along with everything else; it was among the first to be removed, in 1971), and Mount Arab, easily reached and recently restored.